The purpose of this module is to provide you as teacher with the opportunity to reflect on a number of aspects associated with teaching controversial issues related to citizenship and rights in the classroom, providing practical approaches and activities which allows students to explore delicate topics which can arise in the daily debates in classrooms, at home, with friends, but in a safe and critical way.

The proposed activities allow a reflection and analysis of students’ own pre-existing knowledge and perspectives, initiating constructive and controlled exchanges and dialogue within the classroom, as a safe space for critical analysis and debates about ideas, sensitive topics and current debated issues.

Students are often exposed to news, topics and debates that dominate the discourse and public opinion in a certain time and these topics change from moment to moment, from country to country.

However, young people don’t always have the possibility to discuss controversial issues in class, because teachers reason that it is too difficult and challenging to discuss and manage issues that are sensitive in various ways to pupils in class. But if children and youth don’t have the possibility to express their frustration and concerns at school, they may turn to other sources, which may include unreliable information. Apart from that, it is part and parcel of democracy, to discuss issues that are important and urgent to people.

But how to facilitate dialogues and discussions on controversial issues in class?

When dealing with controversial and sensitive issues, it is crucial to recognize that what is controversial and sensitive to one person, is not necessarily controversial to someone else. This is a fundamental insight that the teacher must recognize, in order to stimulate the same awareness of the students. What is felt and seen as controversial is related to a persons’ biographical history, experiences and viewpoints, the persons’ position and experiences in society as a majority or a minority in terms of class, ethnicity, religious orientation, gender and sexuality, as well as other complex and intertwined aspects.

At the same time, what might be controversial in one school, with a particular group of students coming from a particular community, may be totally uncontroversial in a different context or at a different time (CDVEC Curriculum Development Unit, 2012). Be it climate and energy sources, gender roles and identities, religious symbols and practises in public or private settings such as religious circumcision of boys, crosses and scarfs in schools, etc. That’s the reason why it is important to be prepared and equipped with knowledge and tools to deal with controversy and to be aware of the educational context in which we are. At the same time, it is important to inject the controversy in the case students don’t see it, stimulating debate and discussion.

This implies that the teacher must reflect on her or his own understanding of what are controversial issues and viewpoints. The teacher must bear in mind that understandings of normality, especially of the majority in society, are often taken for granted and invisible. The more necessary it is, to reflect on and make visible, the otherwise self-evident understandings of normality and controversy. The teacher is a bearer of, as well as a creator of norms, and this demands professional reflection.

For this reason, this module intends to provide teachers with simple and specific activities that can be easily used with students in class for stimulate and moderate exchange of opinions and critical analysis of ideas and perspectives, that can be adapted for any topic and making the classroom a safe space for discussing controversial issues in a open and democratic way. Teaching of controversial issues, teachers set the goal of reducing individual prejudices and building a more tolerant society, through challenging and changing the attitudes of students.

The module provides teachers with practical activities to support students in:

Particularly, the proposed activities aim at:

Controversial issues can be defined as issues which create strong feelings and tensions in society (“Teaching Controversial Issues. Professional development pack for teachers”. Council of Europe, 2015).

When someone talks about something being controversial, it usually means that it involves more than just simple disagreement between people. The CDVEC Curriculum Development Unit has proposed the following division regarding what kind of issues can be considered controversial:

To address these kinds of issues it is fundamental to create a “safe” space.

In this context, the concept of “safety” refers to: 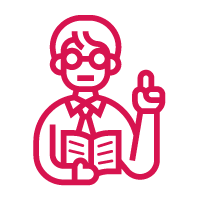 An approach which allows the topic, including its controversy, to be covered, but which does not place the teacher in a difficult or dangerous situation. 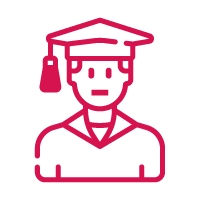 An approach which allows students to explore a range of perspectives on an issue,  but does not expect them to disclose personal information or encourage them to feel exposed because of their views.

Within the context of discussing controversial issues in class, one first obstacle for teachers is to decide what stance to take.

While some educators advocate that the teacher should always be neutral, this is virtually impossible. We will always reveal our perspective through the tone we use, the language we use, body language. For this reason, it may be better to aim to take an impartial stance. However this again is difficult to achieve, particularly if teachers have very strong views on a topic. In the same cases, in fact, it is appropriate to state your position on an issue so that the students know where you stand.

Reality also dictates that in many schools, teachers are expected to present the official view. In some cases this can be very useful, as it provides the teacher with a foundational position to present to the students.

There also will be times when students’ views need to be challenged and teachers should act as devil’s advocate – particularly when the class as a whole appears to hold the same view. In this case you can deliberately inject controversy to ensure that students are

exposed to a wide range of perspectives. On the contrary, it can be necessary to support the views of a student who holds a minority view within the class, to ensure his or her view is given due weight.

In conclusion, there is not always a true answer to the question “where should I stand?”. Teachers should reflect and evaluate in each specific context what role to take, to mediate between opinions, stimulate critical thinking of the students, make them free to express their points of view, without imposing any particular opinion, but acting as facilitator.

Suggestions for the preparation of the activities

Selection of the topic

The activities proposed in this module have no particular topic already pre-set, but they are usable and adaptable to any controversial issue, since they aim to facilitate and guide the exchange of ideas between students in a critical and safe way. Therefore, before starting, the teacher should identify the topic to be addressed.

To do so, teacher can:

Examples of controversial issues are:

After the identification of the topic to be addressed, both teacher and students should be prepared for the discussion.

According to the content of the activity and the specific objective that teacher want to achieve, he/she can decide to:

Before starting discussion about controversial issues, it can be important to set some ground rules, to make sure to create a “safe” space for everyone. Therefore, It is strongly recommended that students spend some time in developing a sort of class agreement, defining common values and behaviours to be taken during the discussions, such as listening, respect etc. Students can be invited to create this agreement in a creative way, drawing, using mind-maps, creating a catch phrase or an acronym etc.

In the next part you will find 5 different methods to guide a Brainstorming; 5 different ways to guide a debate in class and other 3 interesting activities to facilitate exchange of ideas about controversial issues.

The duration of the activities can vary, depending on: the willingness of the students to express views and exchange ideas as well as the size of the group itself. The estimated duration is from 30 minutes for the simpler activities to 1.30h for the more complex ones.

The material needed is in the majority of the cases nothing. In some cases, papers, pens and flip charts can be required.

“Domino – A manual to use peer group education as a means to fight racism, xenophobia, anti-semitism and intolerance”. Council of Europe, Third edition, 2005

Do you want to sign up to receive our newsletter or write us to have more information?